“Ageing is a privilege, not a predicament” – Martin Firrell

Aging can be defined as the time-related deterioration of the physiological functions necessary for survival and fertility. 1

How does free radical theory works?

The mitochondria is the location for the initiation of the free radicals in a cell. The life span of cells depends on the damage to the mitochondria and mitochondrial DNA as they are key targets of free radical attacks. The reactive oxygen species are produced by the cells after an oxygen uptake.These have to undergo complex antioxidant defence mechanisms to neutralise the free radicals and protect the cells from early death. This is based on Oxidative Stress Theory.

Under normal conditions about 1% of reactive oxygen species daily escapes the control of the endogenous antioxidant defences and contributes to oxidative damage of surrounding tissues, consequently promoting and developing the aging process.

This identification of free radical reactions as promoters of the aging process implies that interventions aimed at limiting or inhibiting them should be able to reduce the rate of aging and disease pathogenesis.

Antioxidants are substances, which inhibit or delay oxidation of a substrate.

Endogenous antioxidant defences are both non-enzymatic (E.g, uric acid, glutathione, bilirubin, thiols, albumin, and nutritional factors, including vitamins and phenols) and enzymatic (E.g, the superoxide dismutases, the glutathione peroxidases [GSHPx], and catalase).The most important source of antioxidants is provided by nutrition, many belonging to the phenol family. Nutritional antioxidants act through different mechanisms which are mainly free radical scavengers.

2) they reduce the peroxide concentrations and repair oxidized membranes,

What are the sources of antioxidants?

Vitamin C is the major water-soluble antioxidant and acts as first defence against free radicals in whole blood and plasma. It is a powerful inhibitor of lipid peroxidation and regenerates vitamin E in lipoproteins and membranes.

Vitamin E is a lipid-soluble vitamin found in cell membranes and circulating lipoproteins. It protects against oxidative damage by acting directly with a variety of oxygen radicals. Its antioxidant function is strongly supported by regeneration promoted by vitamin C. Vitamin E is thought to have a role in the prevention of atherosclerosis through inhibition of oxidative modifications of LDLs.

They are lipid soluble antioxidants. Improvements in antioxidant status and reduction of lipid peroxidation have been shown after carotenoids supplementation. Melatonin contributes to the reduction of oxidative damage in both the lipid and the aqueous environments of the cell.

Eggs and fish are the highest dietary sources of melatonin. Fruits, vegetables, cereals, legumes, nuts and seeds are other sources.

The accumulation of oxidative damages to neuronal components with age underlies the molecular basis of aging and neuro-degeneration. Oxidative stress has been proposed in various mechanisms leading to cell injury in numerous pathological states as Atherosclerosis, Cardiovascular diseases, Alzheimer’s etc. (2)

Physiotherapy Exercises have shown a tremendous impact on the maintenance of an optimal health status and the prevention or management of chronic diseases.

During cardiovascular exercise, oxygen consumption increases dramatically which results in an increased production of radicals and other forms of reactive oxygen species.Regular exercises have proved to have increased resistance to oxidative damage and increased lipid, DNA or protein oxidation after an acute bout of maximal exercise. The more we exercise, more enzymes will be made and more protected we will be, independent of antioxidant intake.

To protect against radical-mediated damage, muscle fibers and other cells synthesize a variety of molecules that scavenge radicals and prevent oxidative damage. Collectively, these molecules are called endogenous antioxidants.

PEMF increased the Mn dependant supraoxide dismutase based antioxidant protection and reduced the ROS production in response to a pro-oxidant challenge. This leads to antioxidants supply, delaying the process of ageing.

“ Ageing is another word for living” 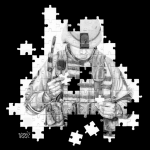